Since its creation in the 1970’s, our establishment (ex INC of Algiers), does not cease weaving and developing relations, training, cooperation and accompaniment, with the various organizations and public and private companies. Thus, our human resources have been able to amass an intellectual capital that we put at the service of today’s society. 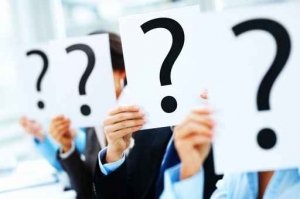 The School of Higher Commercial Studies (EHEC Algiers) is a public institution of scientific, cultural and professional nature with legal personality and financial autonomy.

With reference to Executive Decree N°08-223 of 14 July 2008 transforming the former INC into a non-university school, the EHEC Algiers has the following missions:

Thus, the school’s contribution is based, to a large extent, on the product of the training provided. In this sense, it is to be noted with pride that several senior Algerian officials (including central directors at the level of ministries, as well as directors general of public and private companies) have come from it.

Likewise, senior executives trained by our School hold important positions abroad. (Mauritania, Mali, Chad, Niger, Senegal, Equatorial Guinea, Mozambique, Cape Verde, Guinea Bissau, etc.). The teaching provided covers the vast field of business management with its multiple ramifications and other aspects of business operations. The various specialities- mostly commercial in nature- that our students receive allow for cross-disciplinary and multidisciplinary approaches that can help them to illuminate avenues of research or otherwise to establish a solid career plan.

With more than 50 years of existence, the school has provided, through its various restructurings, several training courses that have made and undeniable contribution to the economy in terms of management and even business creation.

Concerning graduation, the ex-ITC had mainly provided two training courses, namely Commercial Management Executive (15 promotions) and Senior Trade Inspector (11 promotions). For its part, the ex-ITC had one graduating class of Senior Trade Technician in 1987. On the other hand, the licence’s degree course in commercial sciences, which began with the former INC, is still provided in the HEC School for the last two promotion in progress (3rd and 4th years). The first graduating class in commercial sciences was graduated in 1988.

As of the 2011-2012 academic year, the school, with its status as a non-university school, will only offer a master’s degree in business sciences. For this purpose, sic specialization choices are planned, namely:

In the same way, the school provides high-level doctoral training in the L.M.D. cycle in the field of economics, management sciences and commercial sciences. The Ministry of Higher Education and Scientific Research update the training courses offered every year through accreditations issues, in order to; closely meet the needs of the country in terms of scientific research and economic impact. This allows us to offer training courses in line with economic developments in our country and in the world, namely:

The institute of commerce and technology (ITC) was created in 1970 on the site of Ben Aknoun (11 chemin Mokhtar DOUDOU) and placed under the supervision of the ministry of commerce. The contribution of ITC has been manifested by a significant number of executives trained for the benefits of different sectors of activity. At the time, ITC was carrying out the following missions:

The training and research carried out within this institution has led to former INC students being recruited as permanent teachers. Thus, perpetuating the traditions of active education tested in the 1970s by the French VSNAs (Active Voluntary of National Service, i.e. Volontaires de Service National Actif) who trained the bulk of the teachers at this institute. The training was mainly in French, with Arabic and English as additional languages, while Spanish, German and Italian were introduced into the curriculum. The students were subject to two internships during their studies and had to defend a thesis in the fourth year in order to obtain their diploma.

The pedagogy and research activities were placed under the authority of a 3pedagogical Council, which comprised seven environments (languages, quantitative techniques and computer science, economics, law marketing, management, accounting). In terms of cooperation, the INC received several dozen students from French- and Portuguese-speaking Africa and the Maghreb, a number of them figured among the majors.

In 1994, exactly on May 19 (national student day), the Start association was created within the INC, composed of students and teachers of this institute and whose motto was “free up the energies”. Start is involved in various activities: culture, humanitarian, solidarity tourism, leisure (concerts). Its magazine is entitled “carpe diem”. From 1994 to 2013, start’s sportsmen and women participated on behalf of their institute in various sports in the T5B (Tournament of the Five Balls) organized every April by the French Business School ESSEC in Paris.

In June 1995, an inter-ministerial decree created three annexes of the National Institute of Commerce in Adrar, Metlili (region or wilaya of Ghardaia) and El Oued. The purpose of these annexes was to train students from southern region of Algeria in accordance with the teaching programmes of the INC.

After few years of operation, these annexes were attached to university centers in the respective regions (wilayas).

From February 1998, the power of administrative supervision over the National Institute of Commerce was transferred from the Ministry of Commerce to the Ministry of Higher Education and Scientific Research (which already had pedagogical supervision). This transfer resulted in a loss of autonomy for the INC (no more recruitment by competitive examination).

In august 2000, the INC was transformed into the National Institute of Higher Education. Subsequently, in July 2008, the National Institute of commerce was transformed into a on-university school under the name “Ecole Nationale Superieur de commerce ENSC” (the higher national school of commerce). As this name did not meet the expectations of the teaching staff, in October 2009, the name of the ENSC was changed to The School of Higher Commercial Studies (Commercial Ecole des Hautes Etudes), with the acronym of HEC Algiers. On December 8, 09 was officially adopted the logo of Hec Algiers as well as its motto: “Entrepreneurship and Innovation”. The school was entitled to doctoral training and at the date of its transfer to the site of Kolea (university campus) in September 2014, about twenty theses had been defended and about a hundred were in progress.

In 2011, two research laboratories were created within Hec Algiers: MARKETIC ( marketing and ICT) and PERMANAN (management, performance and innovation).

The recruitment system has been modified, with baccalaureate holders first passing through regional preparatory classes (5 in all) before joining one of the major management schools after two years of study following a national competitive examination. At the start of the 2015-2016 school year, integrated preparatory classes were created in HEC Algiers. The first promotions of the LMD Doctorate were recruited in September 2014.

All in all, the school has had four denominations:

Current Director and Chairman of the SC: Pr. Abdelkader HADIR